The Youth Olympic winter Games popularly referred to as Lausanne 2020 will kick off on 9th to 22nd January 2020. This will be the third Winter Youth Olympics edition, a dominant international multiple-sport event, and cultural teenage festival. It shall take place in Lausanne Switzerland, the center of the International Olympic Committee.

About Lausanne, the Olympic Capital

Lausanne has for many years been the center of contemporary Olympic Movement. Currently, the region is home to over 50 international sporting organizations. This explains why sport and its positive principles have continued to be part of Switzerland as a whole. The vision of the YOG is to motivate the youth to embrace and live per the Olympic principles.

These are friendship, respect, and excellence from Lausanne, a great idea that many people across the city identified with. This has been instrumental to youths within Switzerland and across the world. Come 2020, both Switzerland and Lausanne are focused on highlighting the exclusive Olympic heritage.

Where will the Event take place?

The Youth Olympic Games will be happening around Lausanne near the Vaud Alps and along the shores of Lake Geneva. The Olympic village will be based in the central part of the city. This is where the 35,000 capacity student University campus lies. The Mascot is known as Yodli.

He is a hybrid animal comprised of various symbolic Swiss animals which dwell in the Swiss mountains. They include a St. Bernard dog, a goat, and a cow. The characteristics of these animals and their connection with the environment are epitomized in Yodli. These display the diversity of the people participating in the Youth Olympic winter games in Lausanne 2020.

What will be Featured in Lausanne 2020

The Olympic Youth games program will for the first time in the history of the Winter Olympics incorporate ski mountaineering. This will involve mountain scaling on skis. Depending on the difficulty of the ascent, participants may need to carry the skis. Eventually, they will have to ski back to the starting point. The quest to embrace gender equality and showcase innovation has resulted in the introduction of new specialties. PyeongChang which made its debut in the Winter Olympic Games in 2018 is finally debuting in the Youth Olympic Games.

Various short sports at the Youth Olympics such as hockey 5s and 3 x 3 basketball have been successful. This has resulted in the addition of the inventive 3 x 3 ice hockey version. Two new women events, a combination of Nordic and double luge will be added to the 2020 YOG. These events are designed to help create a gender balance at the Winter Youth Olympic games 2020.

The Lighting of the Youth Olympic Flame

The Youth Olympic winter games flame was lit on September 17th at a conventional ceremony in Panathenaic Stadium in Athens. The flame later returned to Switzerland to start a tour which would involve stopping at each district in the country.

Upon completing the tour, the flame will return to the Olympic Capital for the conventional torch relay event. The Youth Olympic winter games opening ceremony will take place on 9th January 2020. You can get a glimpse of the Youth Olympic Flame stages if you are interested in meeting the convoy.

The torch-lighting ceremony preceding any Olympic torch relay is one of the most symbolic Olympic events. On September 17th, it was Lausanne 2020’s turn to step into the spotlight as its Olympic flame was lit, marking the beginning of its journey from Athens, Greece to Lausanne, Switzerland.

During the ceremony, a crowd of 1,400 kids from local schools, as well as representatives from the Hellenic Olympic Committee, watched as the flame was lit using the rays of the sun, as was done for the ancient Olympic Games.

What does the Torch Lighting Ceremony Entail?

The torch lighting event that happens before the Olympic torch relay is a symbolic ceremony. The flame is lit with the rays of the sun, as was the case during the archaic Olympics events. This flares the Olympic torch up which continues burning until the Olympic Games Opening ceremony.

During the Lausanne 2020 flame lighting ceremony in Athens, approximately 1,400 school children witnessed the event. They were joined at the special flame-lighting ceremony by local organizing committee agents, Hellenic Olympic committee, and other guests.

Where did the Torch go next?

The flame proceeded to Lausanne for the official launch of the torch tour which began on 21st September. It’s expected to cover a 110-day excursion in a clear demonstration of the Youth Olympic spirit to the locals. The torch tour will incorporate collective activities related to the youth.

Further, there will be an exclusive program covering the Lausanne 2020 games. The icing on the cake will be the ceremonial torch lighting ceremony by popular guests such as Olympians.

What the Torch Lighting Ceremony Attendants had to Say

Danka Bartekova, the chair of IOC Coordination Commission attended the ceremony. He said: “This Youth Olympic flame will inspire the amazing athletes training hard for Lausanne 2020, as well as young fans all over the world. Its journey around Switzerland will also help to highlight and celebrate all that Switzerland has to offer, and the talented young people involved in the preparations. It is an honor to be part of this journey and bring the flame back to the Olympic Capital.”

On her part, the President of Lausanne 2020, Virginie Faivre had this to say. “This is an important moment for Lausanne 2020, the City of Lausanne, the Canton of Vaud and our entire country. This has been a journey four years in the making. Since 2015, when Lausanne was selected as host of the Winter Youth Olympic Games, we have been working very hard to create unique Games. Games for young people, by young people and with young people. Today, we are not only lighting the Olympic flame; we are also lighting the Olympic spirit of a whole new generation of young people in Switzerland and around the world.”

The Arrival of the YOG Flame in Switzerland

On 18th September 2019, the youth Olympic winter games flame touched down at the Geneva International Airport. Various people were on the ground to welcome the flame. They included; Representatives from the Canton of Geneva, the Canton of Vaud, the City of Lausanne, Lausanne 2020. Other agents present were; the International Olympic Committee (IOC), SWISS Romande, and Geneva Airport.

A Swiss aircraft was specially commissioned to transport the flame. Further, there was a press conference held inside the terminal. It focused on the Olympic principles and the peace the flame would spread across Switzerland and part of France. The flame quickly proceeded to the next stop which was made easy by the Swiss rail network.

It’s worth mentioning that you can connect between Lausanne and Geneva Airport fast and easily. Are you planning to attend any of the planned torch tours? Or do you wish to attend the Youth Olympic winter games opening ceremony? If you do, you will have ease of access from Geneva Airport and Lausanne and vice versa.

On the 19th of September, more than 400 guests and 3,000 students converged at the Stade Pierre-de-Coubertin in Lausanne. The gathering was organized under the theme; “One Lausanne 2020 flag in each municipality of Vaud.” Here, they commemorated the Canton of Vaud.

In a surprising phenomenon, the Youth Olympic flame for Lausanne 2020 was at the event. Four young athletes had brought the flame to the stadium, days before it embarked on a tour around Switzerland.

The Lausanne 2020 Youth Olympic Flame also made a surprise appearance, brought to the stadium by four young athletes, just a few days before the torch leaves for its journey around Switzerland.

What did Leaders in Attendance Say?

Mayor of the City of Lausanne of Grégoire Junod said: “Gathering all the municipalities of Vaud and their schoolchildren here in Lausanne, the host city of these games, is a highly symbolic moment. It also reflects the city’s desire for this unique event to leave a legacy in terms of sports and culture.”

Also in attendance was Cesla Amarelle, the Canton of Vaud Head of the Department of Education, Youth, and Culture. He said: “I am proud of the way schools, teachers and students have taken ownership of Lausanne 2020. Young people from Vaud will be able to experience the games not only in the competition venues but also in classrooms, workshops, exhibitions or sports initiations – and always with an educational content that produced specifically for the occasion. These will be true life experiences for the students.”

The Youth Olympic Games aims at inspiring the youth across the globe to embrace sporting activities. Apart from raising awareness, these games persuade the youth to spread the Olympic movement messages to their fellow youth. At least 1,880 gender-equal athletes from more than 80 countries will participate in the Lausanne 2020 YOG. 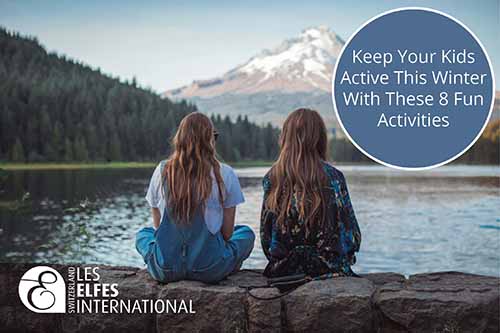 Keep Your Kids Active This Winter With These 8 Fun Activities

The days are shorter and the weather is colder, but that doesn’t mean the fun needs to be...
READ MORE 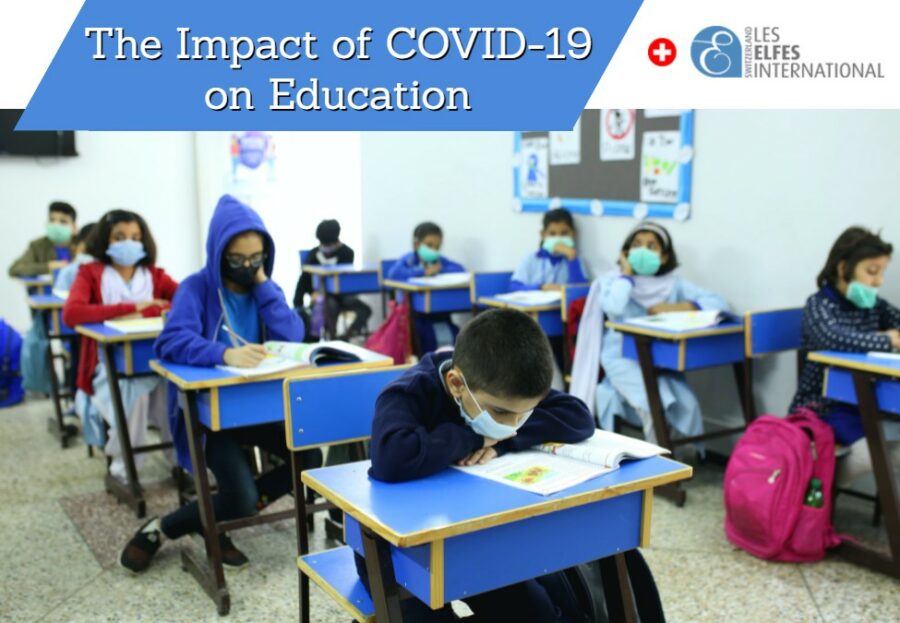 The Impact of COVID-19 on Education, Pandemic Learning Loss, and How to Prevent It

The COVID-19 pandemic has disrupted learning for all learners across the world in the past year. Gov. Institutions...
READ MORE 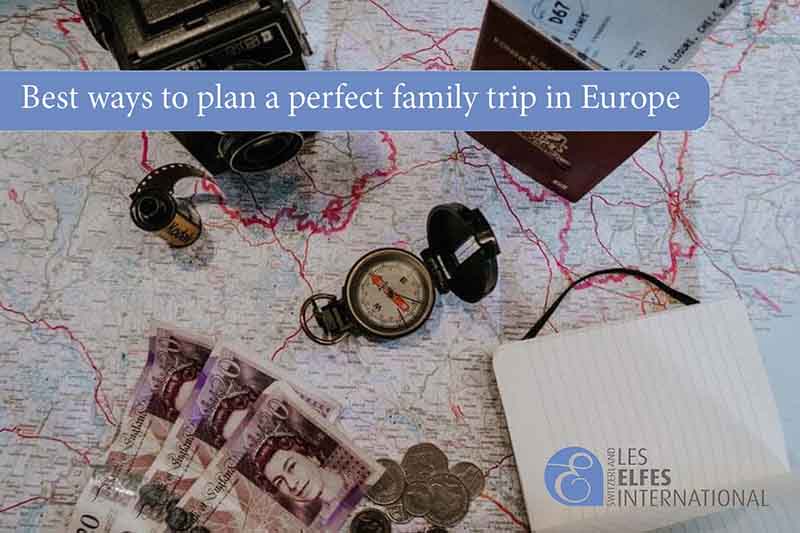 Best ways to plan a perfect family trip in Europe

Europe is by far one of the best continents to visit with your family. They have lots of...
READ MORE