Every day, people from various parts of the world are interacting with one another. As a result, learning about different cultures is fast becoming necessary. There are numerous ways of doing so as seen below.

Be Deliberate about Starting Relationships with People from Different Cultures

Deciding to form friendships with people who are different from you is the first step towards understanding different cultures.

It’s worth mentioning that there are common factors that separate people from one another. For instance, people from different religions, economic groups, ethnic groups, and races are usually secluded from others in neighborhoods, jobs, and schools.

What can we do to Achieve Change?

To change this scenario, we should take effective steps to interact with one another and understand each other’s cultures.

You can achieve this in various was such as: moving to a multicultural neighborhood, joining a club or a sports team, working in a different country, going to an international summer camp or joining an organization that helps you interact with people from a different culture from yours.

Take some time to evaluate the diversity from within. By so doing, you become more knowledgeable about the cultural differences around you.

·         What does Les Elfes do to Encourage Interactions from Different Cultures?

With more than thirty years of experience as a winter camp resort, there’s a lot for to learn. When it comes to cultural interactions at Les Elfes, the resort organizes various events each year.

These are attended by both students and adults from different countries across the world. You can be sure that nearly all cultures are represented at Les Elfes.

The resort is one of the only facilities that operate throughout the year.

Are you looking for the perfect way to interact with people from diverse cultures and understanding them?

There are numerous opportunities for you at Les Elfes. From the winter-related activities to cultural events and après-ski events, you will meet and make numerous friends.

People interact and make friends differently. However, striving to befriend people from different cultures allows you to view them as one of your own. Still, this may not be as easy as it sounds.

Often, you may need to create more time and be more persistent to succeed. It will take lots of determination and reaching out to understand people from different cultures without giving up.

Remember, some people will take time before they can trust you and this can be due to various reasons. For instance, people who have gone through abuse of societal torture will have a difficult time trusting strangers.

Remain focused towards achieving your goal and with will power you are guaranteed to succeed. Even though some people will discourage you along the way, keep pressing on. The effort you put could be what will save someone in distress.

Have you ever been in a position where you were the minority? If you haven’t, why not take the risk? Identify places where you are guaranteed of meeting culturally different people, and be the minority. It’ll really give you a fresh perspective on how other cultures feel when they live in countries without high degree of ethnicity.

For instance: are you a lover of adventure? Do you know how to ski? Will you be attending any of the camping sessions that will be taking place in Verbier this year? If you will, then this will be a perfect opportunity for you to participate in multicultural activities and events.

Verbier, is the main resort in Switzerland’s greatest ski area where people from various parts of the globe meet.

Apart from the scenic and sunny environment, you get to explore the exciting and fun terrain.

Popular people meet here every year and you may just be lucky to hold meaningful conversations with some of them. Further, this would be a great opportunity for you to engage in new sporting activities.

There are numerous restaurants in Verbier and Les Elfes where people from different cultures frequent. These are must-visit areas when you go camping.

Approaching people from different cultures is not easy. However, you can be sure that they often notice and appreciate you when you attend their events. Many of them will be gracious enough to teach you about their culture.

The best way to overcome fear and anxiety in your efforts is to take someone along with you.

Evaluate Your Biases when it comes to People from Different Cultures

Did you know that the entire humankind bears stereotypes and misinformation about culturally different people?

Often, we get this misinformation from listening to people’s discussions, watching television, or listening to the radio.

Do you recall hearing something peculiar about different cultures when you were younger? Chances are that everybody has come across stereotypes.

If you don’t make an effort to demystify some of these stereotypes, you will never learn the truth.

Do you want to facilitate your quest to develop relationships with culturally different people? If yes, strive to understand and debunk the false statements you have known for a long time.

One ideal way of understanding and dealing with your biases is by evaluating your thoughts and establishing where they emanated.

You can also understand stereotypes by discussing them with people with whom you share cultures.

Listen to People’s Views about their Customs and Cultures

People from different cultures are happy to answer questions about their cultures and lives.

Still, asking some questions can feel weird at times. However, from a thoughtful point of view, asking questions plays a big role in understanding different cultures and developing relationships.

Remember, people are different and while some will be willing to share information about their cultures, others will be resistant. Embrace every moment in your journey and learn from each experience.

You can gather information about other cultures in books and through the internet. Don’t just believe everything you hear. Strive to research and find out the details about cultural differences.

Remember, knowledge is power and taking time to learn about various cultures makes it easier to point out stereotypes. You don’t have to be experienced in people’s cultures. Having basic information comes in handy.

Examples of Cultural Misunderstandings in History

Here are some of the documented misunderstandings in history from various parts of the world.

A Street in Hong Kong bears the name Rednaxela Terrace instead of Alexander. The misunderstanding came in because Western languages are read and written from left to right.

The Chinese language, on the other hand, is read and written from right to left. Chances are that the city clerk tasked with naming the street wasn’t conversant with English.

·         Japanese Interpreter who had Problems Translating a Joke

After Jimmy Carter’s presidency was over, he proceeded to a Japanese college where he was to give a speech.

In a bid to prepare everyone, he decided to tell a short albeit not so funny joke according to him. Jimmy was utterly shocked when the interpreter translated the joke and made it seem shorter than he said it. The audience had no option but to laugh out loud.

The misunderstanding came in because President Jimmy Carter wondered how the interpreter could have made his joke shorter that it was meant to be.

It was after the president’s persistence that the interpreter admitted to having made a wrong translation.

What Role does Diplomacy Play when it comes to understanding Different cultures?

Cultural diplomacy can be defined as a type of soft power and public diplomacy. It incorporates the exchange of information, ideas, language, art, and various aspects of culture among people, and their nations to promote mutual understanding.

Intriguing cultures around the world

One of the reasons why people travel is to experience and learn about new cultures. In many countries across the world, there are different cultures. Being able to immerse yourself in different cultures can be a limitless opportunity. Some of these cultures have been documented in books while others are secluded from the contemporary world. These include:

The Huli are among the most outstanding tribes in Papua, New Guinea, an island which is located in Oceania, and which hosts numerous people from different traditional tribes.

The Huli are not only fearless, but they are also proud warriors popularly known or their glamorous headdresses.

The unique manner in which they paint their bodies and faces with red ochre and yellow Ambua also sets them apart from the rest.

The culture of Switzerland, a small Alpine nation is influenced by the cultures of their neighboring countries of Italy, France, and Germany.

Further, there are 26 cantons in the country and each of them has different traditions and customs.

You can leverage the numerous opportunities available in Les Elfes to interact with people from different cultures. This way, you will learn and understand their practices and eventually drop any stereotypes and misunderstandings you have believed before. At Les Elfes, we have had over 5,000 campers attend from over 70 different cultures. We have languages courses in French, English & German, not to mention that many of our students and teachers speak various languages from around the world. The idea that your child will get exposure from many other cultures is guaranteed! 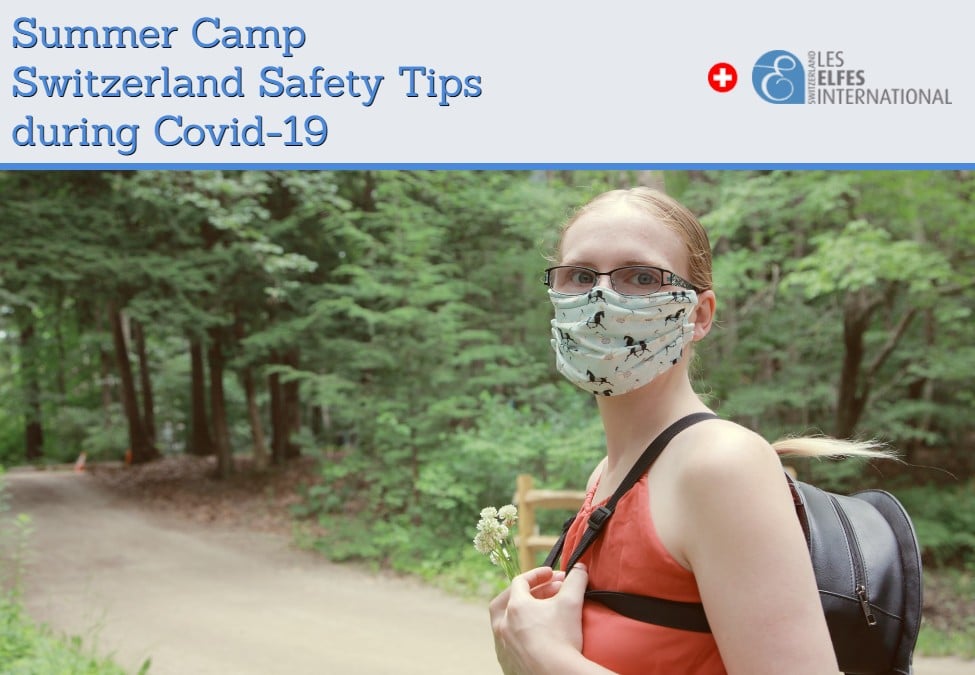